We are all part of a grand creative process. I first became a member of a private art group, "#artmesh," in the fall of 2007. #artmesh was operated, and founded in Berlin, Germany, by a young group of entrepreneurs forming a corporation named, "artmesh GmbH." The idea was that to become a member of this '#artmesh,' a fellow artist, who knows you personally, or your work, recruits you into it's membership. The idea of #artmesh was to provide members a place to be pollinated with other serious artists - or people seriously pursuing art as their primary focus in life. The group was designed for artists to nurture, and be nurtured by fellow artists. In #artmesh, there was a more prosperous environment within which an artist could grow their work. As it grew - #artmesh became more of a social network as well. Members could take from it what they put into it.

In January 2008, I first formed, 'BrainStorming' - a private group within the private #artmesh group. Members originally asked into this group could invite other new members too. In the summer of 2008, I took a short leave of #artmesh, as Founder, and asked fellow Brainstormer, Cassandra Gordon-Harris, to lead BrainStorming - until I returned back to the #artmesh Family. We experienced our second anniversary as a group at the turn of 2010 - and as we approached this milestone, our name was also changed to match this Public Website - 'ArtBrainStorming.' We were no longer a, 'Private Group,' in #artmesh - which disbanded as the original organization - and which officially dissolved the first week of February 2010 - never to resume' it's true stead again.  Meanwhile, our art group, ArtBrainStorming, continued to grow on as a Public Group... ArtBrainStorming had also taken on a second face (as of middle April, 2010) as a private "Ning Group," as well - allowing members to communicate together - but outside the public's eye - so as to continue to build the trust, and collaborations, between it's members. Our ABS group was limited to 50 artists - from all over the world! Eventually, Ning sold out (or up into the world), and with it’s departure - from it’s original public format, ArtBrainStorming.com lost steam, and having never developed it’s own funding source - to sustain ABS towards the future, interests failed and members became absorbed into the many and various directions of their survival and the continued development of all - their own careers. - bmm@bradmichaelmoore.com

Once a Fine Artist Group,  "ArtBrainStorming," was rooted in the German private arts organization, #artmesh, www.ArtBrainStorming.com began as a small group of loosely knitted artists of fine art, from across the world, who then became a small group of their own. Their primary  project, together, was titled, "Diptych Duets," and was reason enough to begin a public website so that public friends could also share in it, and, maybe, other projects.

For the, “Diptych Duets Project” - each participating artist created, first, one half of a diptych, and passed it on to another artist to complete - a responsive second half to the original work. At the same time - while each artist was creating a responding second half of a diptych - based from another artist's, "First Half Diptych." Each responding artist, too, was creating their own, "First Half Diptych," to pass to even another participating artist. When completed, all unique diptychs were returned to the project coordinator (Brad Michael Moore) - who then sent each participating artist a completed diptych of two other artist's works made for each other, and so passed, each their own works - to others.  Point being - is that every diptych would be comprised of a unique 2-artist combination where everyone involved in this project did both, a first, and, a second half of a diptych - and no completed diptych contained the same combination of any two artist's works. After the project was completed - each participating artist received a completed diptych created by two other artists in the project. After this project reached its conclusion, and with #artmesh no longer viable - as an artistic center, to hold this group together - everyone's lives went along each, their own paths. - BMM 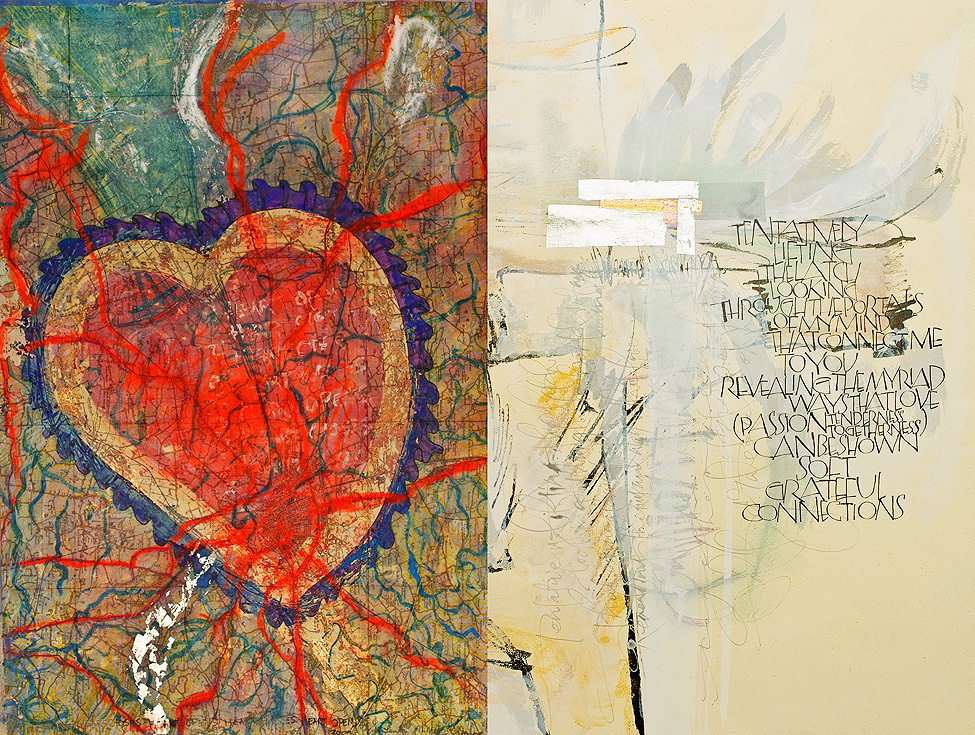 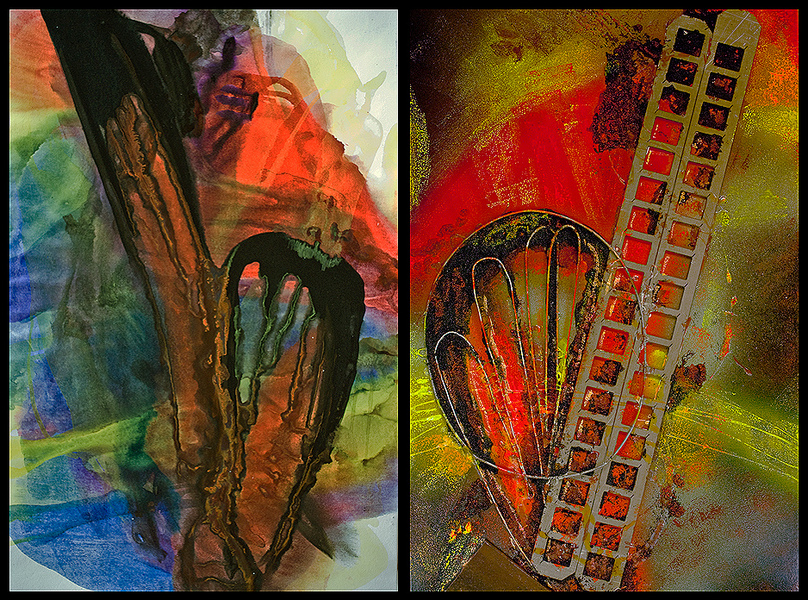 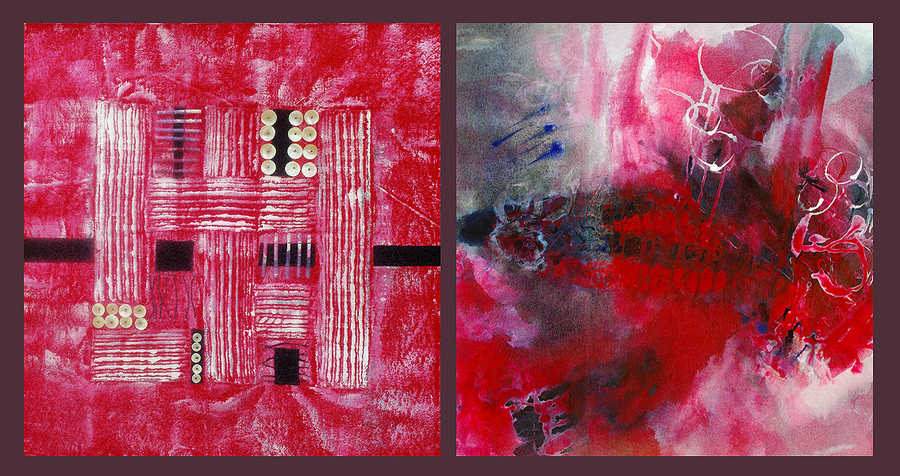 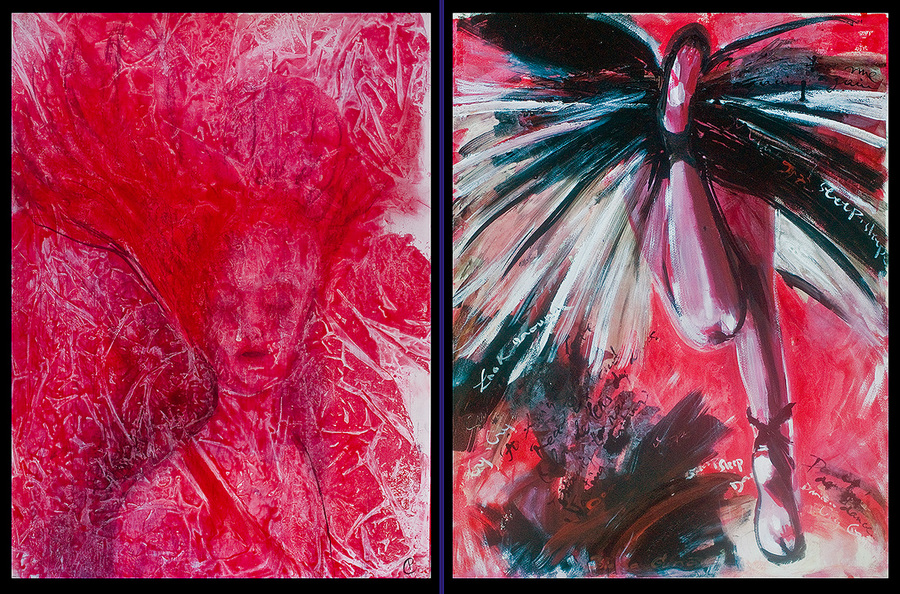 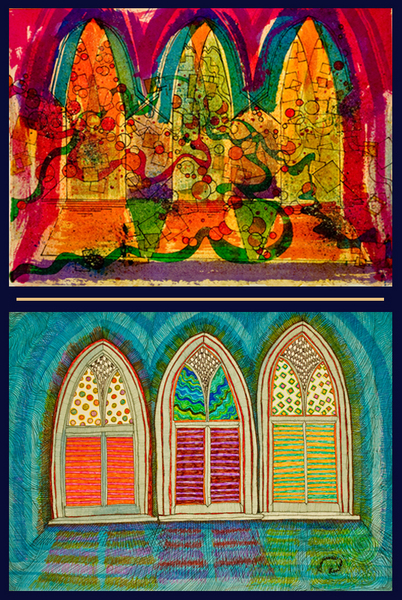 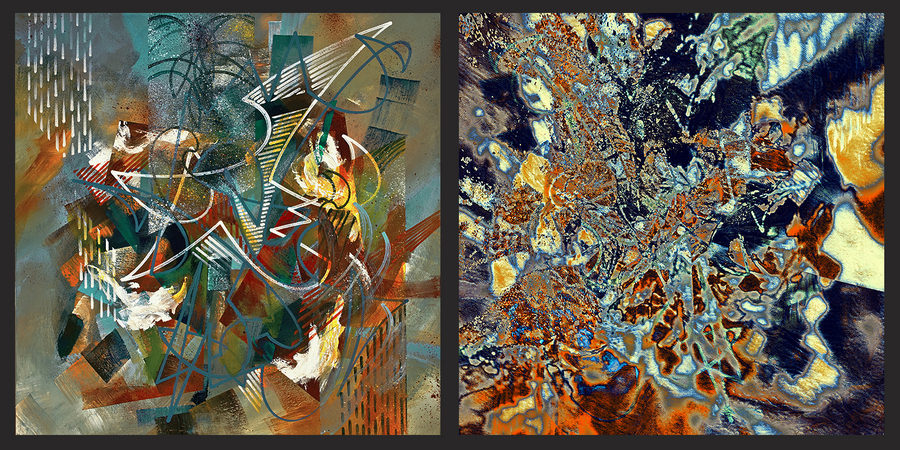 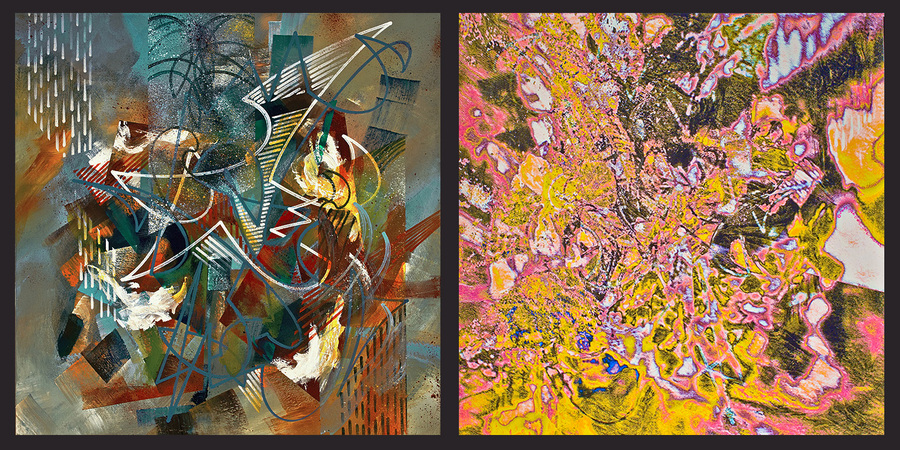 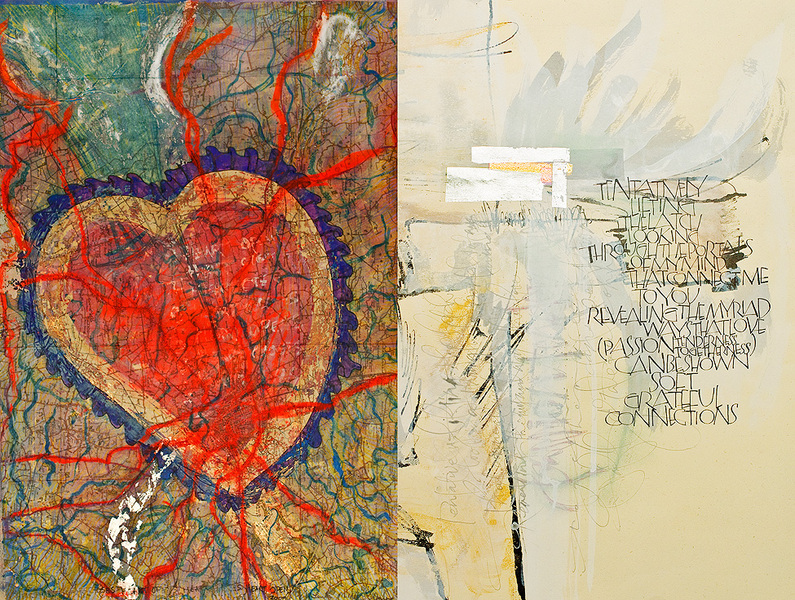 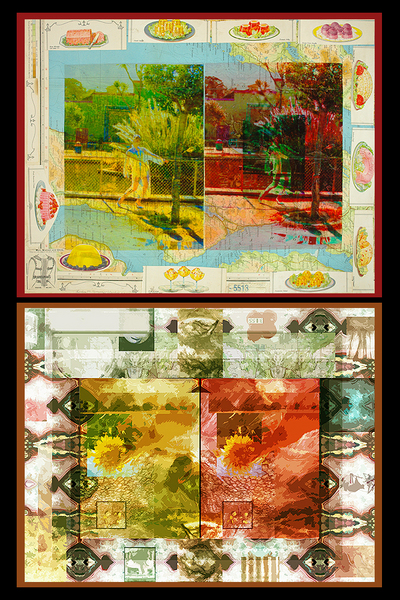 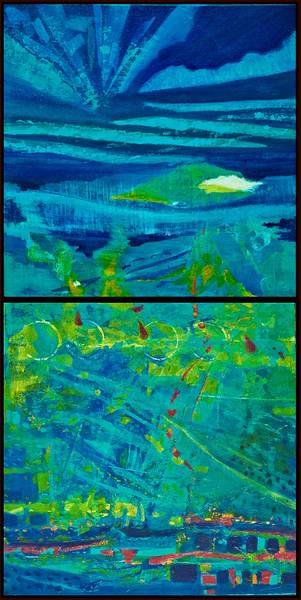